TEHRAN (FNA)- The National Iranian Oil Company and Russian gas producer Gazprom inked on Tuesday a memorandum of understanding (MoU) worth around $40 billion.

Iranian and Russian companies signed the biggest foreign investment agreement ever in Iran’s economy in Tehran on Tuesday.

Reputable Russian companies will make a 40-billion-dollar investment in the Iran’s oil industry, according to the agreement.

The deal was signed during an online ceremony by the CEOs of both companies on the day Russian President Vladimir Putin arrives in Tehran for a summit with his Iranian and Turkish counterparts, Seyed Ebrahim Rayeesi and Recep Tayyip Erdogan.

Gazprom will help NIOC in the development of the Kish and North Pars gas fields and also six oil fields, according to SHANA. Gazprom will also be involved in the completion of liquefied natural gas (LNG) projects and construction of gas export pipelines.

Russians have been implementing a four-billion-dollar investment project in Iran’s oil industry, while the figure is planned to reach ten times more after Tuesday's signing ceremony.

Iran sits on the world’s second-largest gas reserves after Russia.

Iran’s purchases of domestically-grown wheat have exceeded five million metric tons in the harvesting season that began in early April, a sign the country has been successful in its plans to ensure food security at a time of increased uncertainty in the global markets because of the war in Ukraine.

TEHRAN (Tasnim) - South Korean ambassador to Tehran H.E. Ryu Jeong-Hyun told Tasnim that his country intends to keep its economic ties with Iran as it keeps negotiating with the US to get sanctions exemption.

Domestic equipment manufacturers will have a 30% share in the contract with Turkish energy and construction company Unit International, which is commissioned to build two power plants in Iran, the deputy for planning at the Thermal Power Plants Holding Company said. 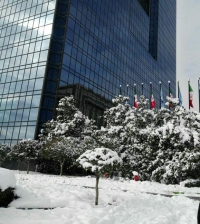 The Central Bank of Iran has projected that the country's non-oil sector's growth in the fiscal 2017-18 will outpace that of the preceding year, which was 3.3%.

After 10 auctions were held by Bank Melli Iran’s Bank Kargoshaee for deflating the bubble in gold coin prices, demand for the precious metal seems to be cooling. 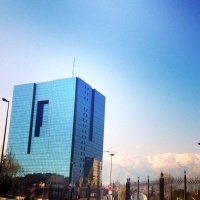 The administration of President Hassan Rouhani in its two terms has not borrowed anything from the Central Bank of Iran, the Ministry of Economic and Finance Affairs announced in a statement.

Wintershall could make its way into Iran's petroleum market by securing the rights to develop an oilfield in the southern Khuzestan Province.

In line with policies to develop petrochemical plants, talks are underway with France’s Axens to provide Nouri Petrochemical Company in southern Bushehr Province with technical expertise to build a special unit to sweeten heavy distillates, managing director of the company said.